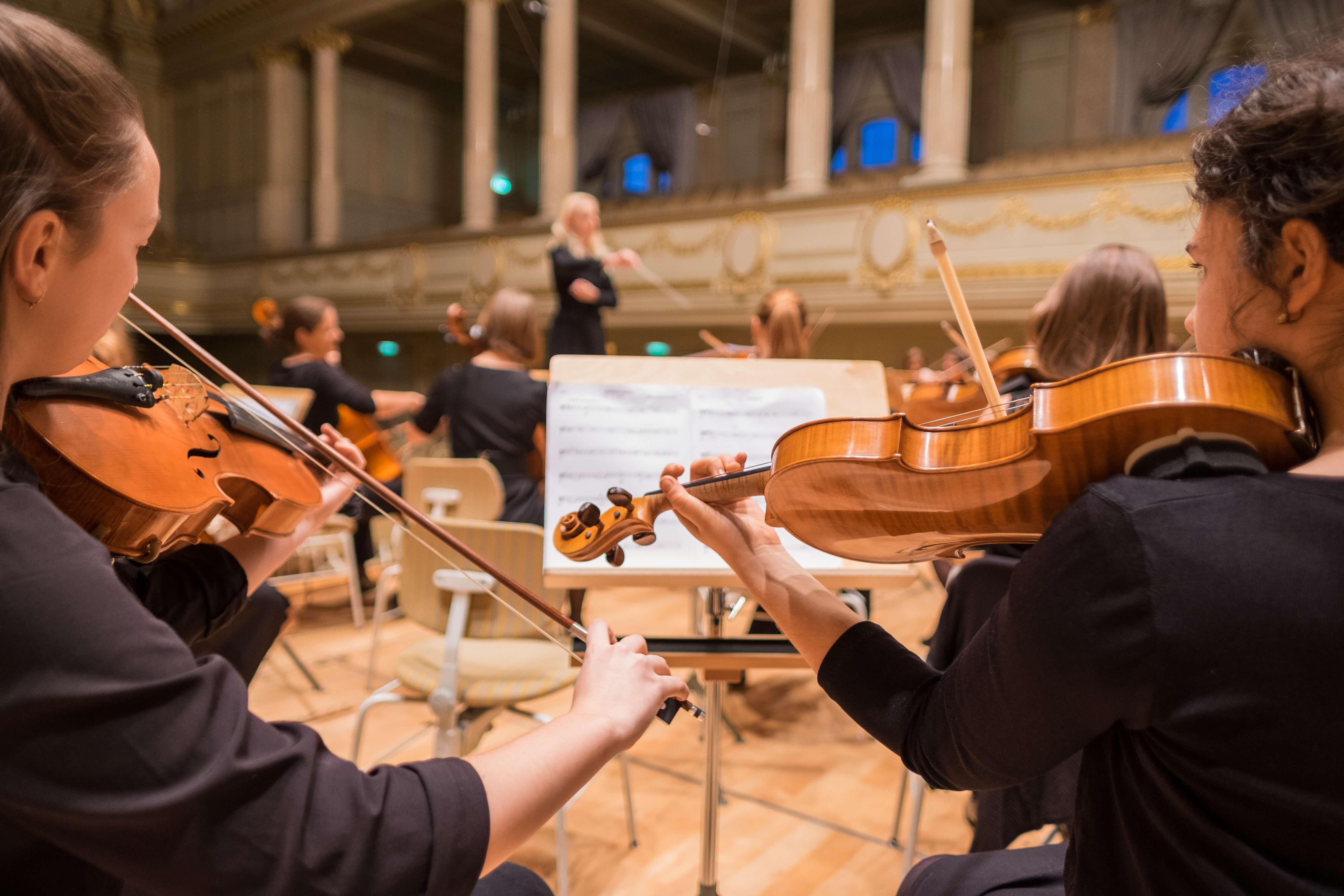 One of the hallmarks of a cloud native application is that it features high resilience against errors while providing a number of scalability options.

This is only possible because the cloud environment gives developers the ability to deploy and manage an entire cluster of containers. For smaller applications that only have a few containers, management is not much of an issue – but as applications scale, their orchestration and scheduling drastically grow in importance.

While we have touched upon this topic in our comprehensive guide about the DevOps landscape, this article will elaborate more on how scheduling & orchestration work.

There are various tools that help you orchestrate application servers, taking away much of the complexity that comes with deploying a large number of containers. But before we get into that, let’s begin by explaining the essential role that containers play in the DevOps universe.

What Are Software Containers?

As a key component of modern software development that includes microservices and DevOps, you cannot understand application scheduling and orchestration without delving into the concept of containers.

By the standard Docker definition: “A container is a standard unit of software that packages up code and all its dependencies, so the application runs quickly and reliably from one computing environment to another.”

Simply put, a container is a small-sized, standalone package of software that includes everything required to run an application; the code and all other dependencies (such as the system tools, libraries and runtime to name a few). Its core advantage is that the small size allows you to pack a significant amount of containers onto a single computer, all running on a shared OS kernel.

Before containers, the same work was being done by virtual machines, which not only packaged application code with its dependencies, but also ran an isolated operating system. This meant that many OS kernels would run on a single server, unaware of each other. In addition to this, the entire process were sometimes managed by the host operating system.

As these virtual machines run on emulated servers, there are various difficulties related to the process. Virtual machines are often an overhead that impacts the overall system performance, causing businesses to have lower performance per dollar when compared to containers.

With containers, you only package the application code, related libraries and their dependencies. Additionally, the only operating system is that of the host computer which means that containers can communicate with the operating system directly, without unnecessary overhead.

There Are Several Benefits To Containers

One of the biggest benefits of containers is the fact that they have simplified software deployment for developers. With the essentials packaged along with the code, it is easier for developers to know that their application software will execute, regardless of where it is deployed.

Containers are also a core part of the new application development trend known as ‘microservices.’ Instead of a stand-alone, monolithic application, containers allow you to break the application down to loosely-coupled micro-services that communicate with each other through agnostic API interfaces.

But owing to their small size, a full-size application requires a lot of containers to run – as such, there are many moving parts that need to be managed. And this is where application scheduling and orchestration comes in.

Application orchestration, commonly known as container orchestration, is a highly popular technique utilized by development teams around the world to manage an exceedingly large number of containers.

Devopedia defines container orchestration as: “… a process that automates the deployment, management, scaling, networking, and availability of container-based applications.”

Container management involves a large number of tasks, such as provisioning, management, scaling and networking to name a few.

With an application with five containers, a development team may be able to manage these tasks efficiently; but a large application derives data from thousands of containers. Through orchestration, developers can automate various jobs that simplify the entire process.

An important point worth noting is that scheduling is often perceived as a part of the entire container management spectrum while some experts view it as a separate container principle.

According to Microsoft, “Scheduling means to have the capability for an administrator to launch containers in a cluster so they also provide a UI.”

A container scheduler has quite a few responsibilities from making the most efficient use of resources to ensuring effective load-balancing across different nodes or hosts. Due to their close proximity to the cluster, they are often treated the same.

How Does It Work?

The first step to effectively orchestrate your containers is to identify the right tool. Notable names include Docker Swarm and Kubernetes, but we will get to them later.

Usually, development teams attempt to control the configuration files by deploying the same applications across a variety of testing environments before they are deployed into production.

With container orchestration tools, developers have the freedom to choose where they are deployed. These tools can be run on a variety of environments, ranging from on-premise servers and local machines to public cloud infrastructure providers.

The Most Popular Application Scheduling And Orchestration Tools

There are quite a few application scheduling and orchestration tools that are available in the market, with each having their pros and cons. Here’s an overview of the top three that dominate the software development market:

Kubernetes has established itself as one of the benchmark orchestration tools in the software development industry. It traces its origins back to Google, starting off as an iteration to the search engine giant’s ‘Borg project.’

Additionally, it is also the centerpiece of the famed Cloud Native Computing Foundation that is backed by computing powerhouses such as Google, Amazon Web Services, Microsoft, IBM, Intel, Redhat and Cisco.

The hallmark of Kubernetes remains its ability to allow developers to deliver a PaaS (Platform-as-a-Service) that helps create a hardware abstraction layer while its ability to run across leading cloud platforms and on-premise servers is another plus point. This allows teams to move workloads easily across different platforms without having to invest in application redesign.

The main components of Kubernetes include:

It is yet another popular orchestration tool, one that offers complete integration with Docker. Being less complex than Kubernetes, it makes for an excellent choice for developers who are just starting with container orchestration.

Simply put, Docker Swarm allows engineers to proceed with container deployments more easily and quickly due to the inherent integration with the platform. Nonetheless, Dockers offer both – its own orchestration tool ‘Swarm’ and Kubernetes – in the hope of making them complimentary.

The main components of Swarm include:

Made in the University of California (Berkeley), Mesos has been around for longer than Kubernetes. It is famous as a lightweight application that provides developers with advanced scalability.

A typical Mesos’ can run more than 10,000 nodes – and that is excluding the frameworks it allows to evolve independently. Additionally, it provides support in a number of popular programming languages such as Java, C++ and Python.

It is important to note that Mesos only provides cluster management solutions. As such, developers have to build the entire framework to enable orchestration of a container – a popular example includes Marathon.

Key components of Mesos include:

Ultimately, orchestration tools take on many processes that would previously keep the developers occupied; with these, resources can be dedicated to more important tasks.

Here are some of the benefits of application orchestration tools:

Modern tools allow specific application components to be scaled without affecting the rest of the application.

Faced with increased traffic? Orchestration tools can assist you in the quick creation of new containerized applications.

By automating several core tasks, you are reducing the probability of human errors. With such a simplified installation process, your software development team experiences a rise in productivity.

With the containerization of applications, these tools allow you to share resources without risking the security of your data.

The software development industry has quickly moved to embrace the container model as it allows them to streamline the entire deployment process. But the success of software containers has been boosted in no small part by the advent of advanced orchestration tools that allow users to automate container management.

While Kubernetes continues to dominate the industry, there are many other tools with different advantages as well. Ultimately, the right option for you depends on your requirements and what tools can meet them best.