How to Install and Start Using Docker on Ubuntu 20.04 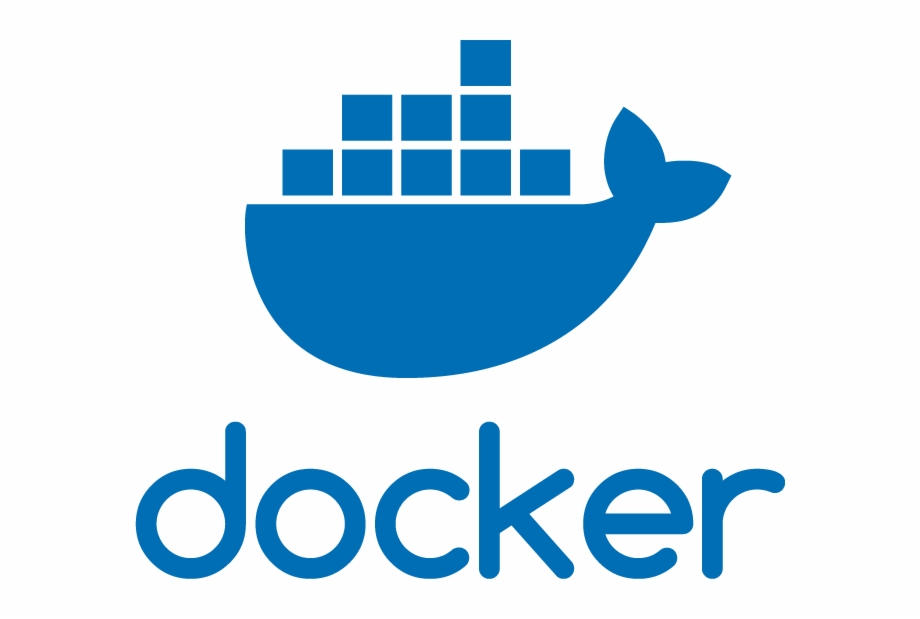 How to Install and Start Using Docker on Ubuntu 20.04

Written by Rimvydas Misevičius
on October 13, 2021

Docker is an open platform that allows you to package and run an application in a loosely isolated environment called containers. This security and isolation enable you to execute many containers simultaneously on a given host.

Containers are self-sufficient software units with their own application code, configuration, and dependencies. They provide you with a stable running environment that is easily portable to different hosts.

Docker uses a client-server architecture. The client talks to the Docker daemon, which does most of the work of building, running, and distributing containers.

The client and daemon may run on the same host, or you can connect a Docker client to a remote daemon. Client and daemon communication may be accomplished using REST API, UNIX sockets or a network interface. 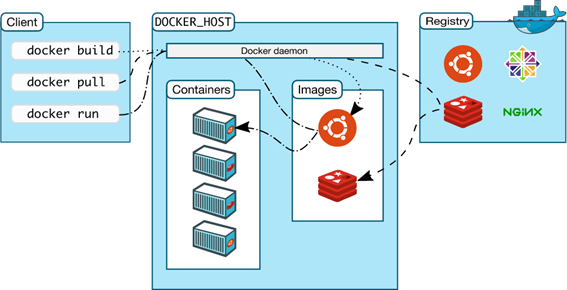 With Docker you may manage the full lifecycle of your application development:

First, install a few Docker prerequisites that will allow you to use SSL data transfer (apt-transport-https), add commonly used certificates (ca-certificates), manage PPA’s (software-properties-common), as well as download data from the Internet (curl).

Next, download the official Docker repository GPG key and add it to the apt-key trusted key manager:

And add the repository of Docker stable version for Ubuntu 20.04 (focal) to APT sources list:

You may want to double check the installation source priority for docker-ce package to make sure it is going to be installed from your recently added software repository.

You should see a similar output with download.docker.com domain as the priority source. As of writing of this guide the current latest available docker version is 20.10.8~3-0.

Before installing any software, it is recommended to update existing package list. Whether you are working locally, get the newest installation package requirements.

It’s now time to install Docker Community Edition. It includes the Docker platform with full core features, but no commercial support, nor enterprise functionality which is most often not necessary for small and medium businesses.

After installation Docker service should be up and running. You may double-check this by using systemctl status command, which is used to see whether a particular systemd process is active.

If you successfully installed Docker, you would see a similar output with information about Docker being active.

Every Docker command needs to be run with superuser privileges, unless your Linux user belongs to the “docker” user group which is created by default upon Docker installation. Let’s use adduser command to add a docker user to the docker user group.

When working with Docker it is very handy to have system-wide information at hand. With docker info command you can always refer to this information to check for the number of containers (running/paused/stopped), types of plugins (volumes, networking, logs), and many more.

When you execute this command for the first time, docker run will look for the Docker image (a read-only template with specified instructions) named hello-world locally. If it is unable to find the image, it will look it up in the Docker Hub image repository. If the image is found, Docker will automatically download and run it in a container (a runnable instance of an image) for you.

A detailed explanation of what is happening under the hood is then displayed in your terminal. 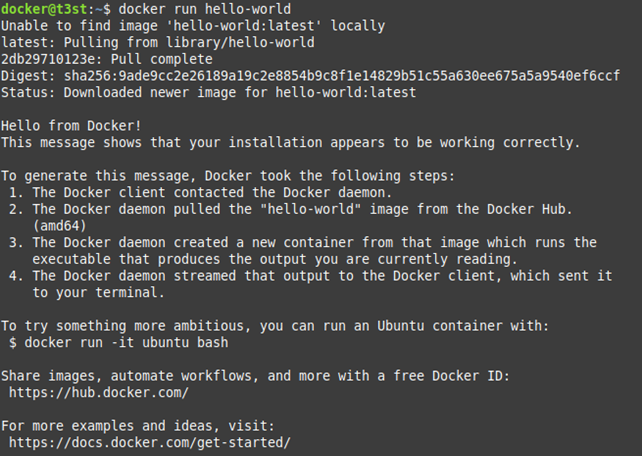 You can see your locally available images by using the docker images command. There’s only hello-world image available locally right now, as it was automatically downloaded by the docker run.

You also have one stopped container that was created from the hello-world image. You may list all container logs with -a attribute (default only shows running containers).

We can see the newly created container named exciting_taussig that stopped 3 minutes ago with an exit code 0.

Let’s now remove this unused container and double check if it has been removed successfully.

Only after removing the associated container you are allowed to remove the unused hello-world image. Do so, and double check if it has been removed successfully.

Docker has an extensive image library called the Docker Hub where you may find thousands of Docker images that were created by official software vendors or 3rd parties.

For instance, let’s build an isolated Debian base environment on our Ubuntu host. First off, search Docker Hub for a debian image.

You can see that debian image is available, has 4020 stars on Docker Hub and comes from an official source.

Download this Docker image without automatically running a container from it. The latest version will be pulled by default.

You can now run your Docker image and create a new container from it. Let’s create a detached (-d) container in interactive (-i) mode using a pseudo-terminal (-t). We will also bridge (--network=”bridge”) the container network with the host network, so we could access the Internet.

A random hexadecimal string is generated automatically as a unique identifier of the newly created container. Since we ran the container in the detached mode, there is no other output right now.

Feel free to double-check that your new container is up and running.

We can see a container named interesting_wescoff created 4 seconds ago that is based on a debian image with a bash command passed to it by default and no mapped system ports.

There are no active containers at this moment.

If we were to use docker run at this point, it would automatically create a second container from the debian image. To start an already existing container we should use a different command.

You can see from the terminal window that your hostname t3st has just been changed to a container identifier acf707828617 which means that you have successfully initiated an interactive session with the bash utility.

Unfortunately, there is no htop utility, so the later command had failed. Nevertheless, we have previously specified the –network=”bridge” parameter, so we should have Internet connectivity in our Debian container and can install the htop utility ourselves.

After installation is complete, we can run the htop utility inside the debian container.

You can also use docker exec command without an active terminal session. Let’s now install w3m and mc utilities in a detached mode (-d). You should use the -y flag for apt to automatically agree to all installation prompts, if any.

After running the command, we get no output from the container whatsoever.

However, after starting a command line shell on the container in an interactive mode and running apt install again, we can see that w3m and mc packages have been successfully installed.

And are running properly. 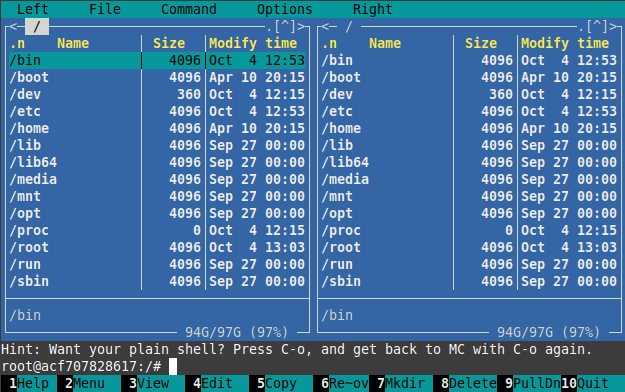 6. Create New Images and Commit Them to Docker Hub

Every change we made so far had only been applied to the interesting_wescoff container.

But what if you have frequently used software, and don’t want to install it anew every time you initialize a new docker container? What if you need to transfer your configuration to another machine to share your work with a friend or colleague?

As you may remember, Docker image is a read-only base template. Nevertheless, there’s a chance to make a new local image by using the docker commit command.

To commit all the changes that we’ve made to our container, we first need to get the container ID.

Now we can commit our container changes and make a local image by using the following pattern: docker commit [container_id] [repository_name]/[image_name].

We can also use -m operand to leave a comment and -a operand to specify the name of the author.

The docker commit made a local image with our implemented changes and assigned a unique SHA256 hash value to it.

Let’s now try to share our image with the world. To do this you need a Docker Hub account, which you can get at https://hub.docker.com/signup 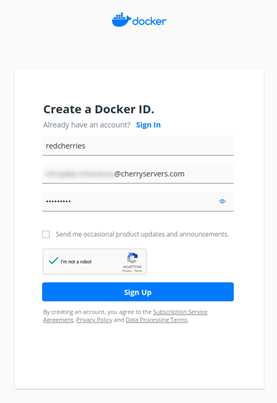 After creating an account, you should log-in to Docker Hub through your Docker client using your newly created username and password.

Earlier we used docker pull to download an image from the Docker Hub. To upload a docker image to the Docker Hub we need to use the docker push command in the following format: docker push [repository_name]/[image_name].

To check if our push was successful, search the Docker Hub for your repository.

You may also use the web interface to check your Docker Hub account:

Let’s now clear the host and use docker pull command to download the image from Docker Hub.

You may now run the downloaded container with docker run and test whether w3m is already installed. 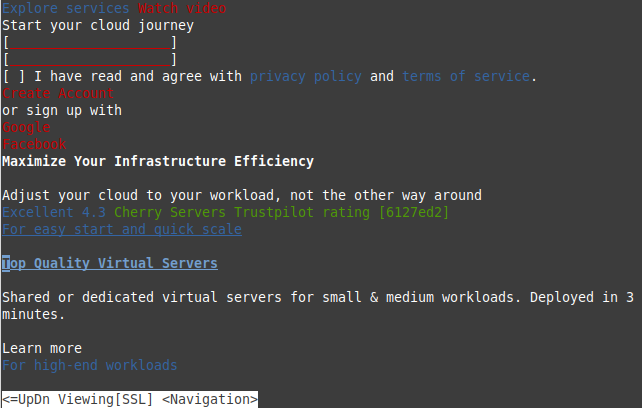 Our article covers only the basic docker usage. Docker itself has an extensive documentation that you can access at https://docs.docker.com to expand your Docker knowledge and sharpen your skills.

Please refer to https://hub.docker.com in case you need to find out about a specific Docker image.