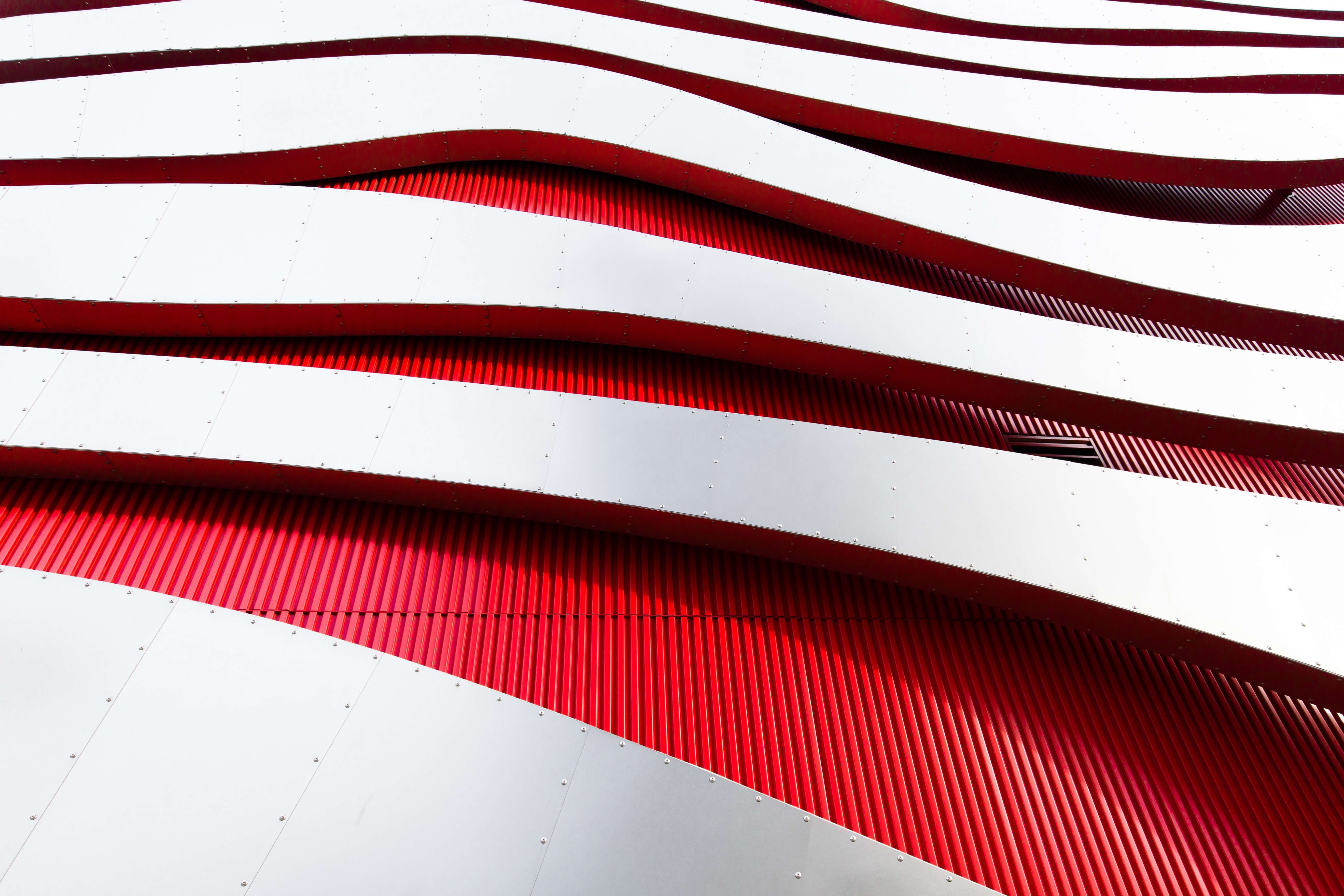 With the rapid growth of GPU computing use cases, the demand for graphics processing units (GPUs) has surged. In fact, the demand for GPUs has been so high, shortages are now common. Here, we’ll take an in-depth look at the architecture of Nvidia GPUs to help you understand how GPUs work and why they’re an ideal fit for so many modern applications.

The basic architecture of a GPU

As we discussed in GPU vs CPU: What Are The Key Differences?, a GPU uses many lightweight processing cores, leverages data parallelism, and has high memory throughput. While the specific components will vary by model, fundamentally most modern GPUs use single instruction multiple data (SIMD) stream architecture. To understand what that means -- and why it matters -- let’s take a look at Flynn’s Taxonomy.

What is Flynn’s Taxonomy?

Flynn’s Taxonomy is a categorization of computer architectures by Stanford University’s Michael J. Flynn. The basic idea behind Flynn’s Taxonomy is simple: computations consist of 2 streams (data and instructional streams) that can be processed in sequence(1 stream at a time) or in parallel (multiple streams at once). Two data streams with two possible methods to process them leads to the 4 different categories in Flynn’s Taxonomy. Let’s take a look at each.

SISD stream is an architecture where a single instruction stream (e.g. a program) executes on one data stream. This architecture is used in older computers with a single-core processor, as well as many simple compute devices.

A SIMD stream architecture has a single control processor and instruction memory, so only one instruction can be run at any given point in time. That single instruction is copied and ran across each core at the same time. This is possible because each processor has its own dedicated memory which allows for parallelism at the data-level (a.k.a. “data parallelism”).

The fundamental advantage of SIMD is that data parallelism allows it to execute computations quickly (multiple processors doing the same thing) and efficiently (only one instruction unit).

MISD stream architecture is effectively the reverse of SIMD architecture. With MISD multiple instructions are performed on the same data stream. The use cases for MISD are very limited today. Most practical applications are better addressed by one of the other architectures.

What makes SIMD best for GPUs?

Now that we understand the different architectures, let’s consider why SIMD is the best choice for GPUs. The answer becomes intuitive when you understand that fundamentally graphics processing -- and many other common GPU computing use cases -- are simply running the same mathematical function over and over again at scale. In this case, many processors running the same instruction on multiple data sets is ideal.

Case in point: adjusting video brightness of a pixel relies on simple arithmetic using RGB (red green blue) values. Executing the same function multiple times is what’s needed to produce the desired result, and SIMD is ideal for that use case. Conversely, MIMD is most effective in applications that call for multiple discrete computations to be executed such as computer-aided design (CAD).

If you’re familiar with GPUs, you’ve likely heard the term single instruction multiple threads (SIMT). So where does SIMT fit into Flynn’s Taxonomy? SIMT can be viewed as an extension of SIMD. It adds multithreading to SIMD which improves efficiency as there is less instruction fetching overhead.

Our next step in understanding GPU architecture leads us to Nvidia's popular Compute Unified Device Architecture (CUDA) parallel computing platform. By providing an API that enables developers to optimize how GPU resources are used -- without the need for specialized graphics programming knowledge -- CUDA has gone a long way in making GPUs useful for general purpose computing.

Here, we’ll take a look at key CUDA concepts as they relate to GPU architecture.

The processing resources in CUDA are designed to help optimize performance for GPU use cases. Three of the fundamental components of the hierarchy are threads, thread blocks, and kernel grids.

A thread -- or CUDA core -- is a parallel processor that computes floating point math calculations in an Nvidia GPU. All the data processed by a GPU is processed via a CUDA core. Modern GPUs have hundreds or even thousands of CUDA cores.  Each CUDA core has its own memory register that is not available to other threads.

While the relationship between compute power and CUDA cores is not perfectly linear, generally speaking -- and assuming all else is equal -- the more CUDA cores a GPU has, the more compute power it has. However, there are a variety of exceptions to this general idea. For example, different GPU microarchitectures can impact performance and make a GPU with fewer CUDA cores more powerful

As the name implies, a thread block -- or CUDA block -- is a grouping of CUDA cores (threads) that can be executed together in series or parallel. The logical grouping of cores enables more efficient data mapping. Thread blocks share memory on a per-block basis. Current CUDA architecture caps the amount of threads per block at 1024. Every thread in a given CUDA block can access the same shared memory (more on the different types of memory below).

The next layer of abstraction up from thread blocks is the kernel grid. Kernel grids are groupings of thread blocks on the same kernel. Grids can be used to perform larger computations in parallel (e.g. those that require more than 1024 threads), however since different thread blocks cannot use the same shared memory, the same synchronization that occurs at the block-level does not occur at the grid-level.

Like compute resources, memory allocation follows a specific hierarchy in CUDA. While the CUDA compiler automatically handles memory allocation, CUDA developers can and do program to optimize memory usage directly. Here are the key concepts to understand about the CUDA memory hierarchy.

Registers are the memory that gets allocated to individual threads (CUDA cores). Because registers exist in “on-chip” memory and are dedicated to individual threads, the data stored in a register can be processed faster than any other data.  The allocation of memory in registers is a complicated process and is handled by compilers as opposed to being controlled by software CUDA developers write.

Read-only (RO) is on-chip memory on GPU streaming multiprocessors. It is used for specific tasks such as texture memory which can be accessed using CUDA texture functions. In many cases, fetching data from read-only memory can be faster and more efficient than using global memory.

While Nvidia GPUs have certainly made the news more frequently in recent years, they’re by no means new. In fact, there have been multiple iterations of Nvidia GPUs and advances in GPU architecture over the years. So, let’s take a look back at recent history to understand how GPUs have evolved over time. We’ll do that by exploring each of the popular Nvidia GPU microarchitectures released since the year 2000.

Rankine was the follow-up to Kelvin released in 2003 and used for the GeForce 5 series of Nvidia GPUs. Rankine had support for vertex and fragment programs and increased VRAM size to 256MB.

Curie -- the microarchitecture used by GeForce 6 and 7 series GPUs -- was released as the successor to Rankine in 2004. Curie doubled the amount of VRAM to 512MB and was the first generation of Nvidia GPUs to support the PureVideo video decoding.

The Tesla GPU microarchitecture, released in 2006 as Curie’s successor, introduced several important changes to Nvidia’s GPU product line. In addition to being the architecture used by the GeForce 8, 9, 100, 200, and 300 series GPUs, Tesla was used by the Quadro line of GPUs designed for use cases outside of graphics processing.

Confusingly, Tesla was both the name of a GPU microarchitecture and a brand of Nvidia GPUs. In 2020, Nvidia decided to stop using the Tesla name to avoid confusion with the popular electric vehicle brand.

Tesla’s successor Fermi was released in 2010. Fermi introduced a number of enhancements including:

Kepler GPU microarchitecture was released as the successor to Fermi 2012. Key improvements over Fermi were:

Maxwell, released in 2014, was the successor to Fermi. According to Nvidia, The first generation of Maxwell GPUs had these advantages over Fermi:

Pascal succeeded Maxwell in 2016. This Nvidia GPU microarchitecture offered improvements over Maxwell such as:

Turing was released in 2018 and in addition to supporting Tensor Cores, includes a number of consumer-focused GPUs as well.  Turing is the microarchitecture used by Nvidia’s popular Quadro RTX and GeForce RTX series GPUs. These GPUs support real-time ray tracing (a.k.a. RTX) which is vital to computationally heavy applications such as virtual reality (VR).

We hope you enjoyed our overview of GPU architecture and how it has evolved. Here at Cherry Servers, we’re passionate about the future of HPC and the use cases that the next generation of GPUs will enable. We are industry leaders in bare metal cloud and experts in helping businesses get the most out of their compute resources. If you’re looking for a cloud-based HPC solution, contact us today!